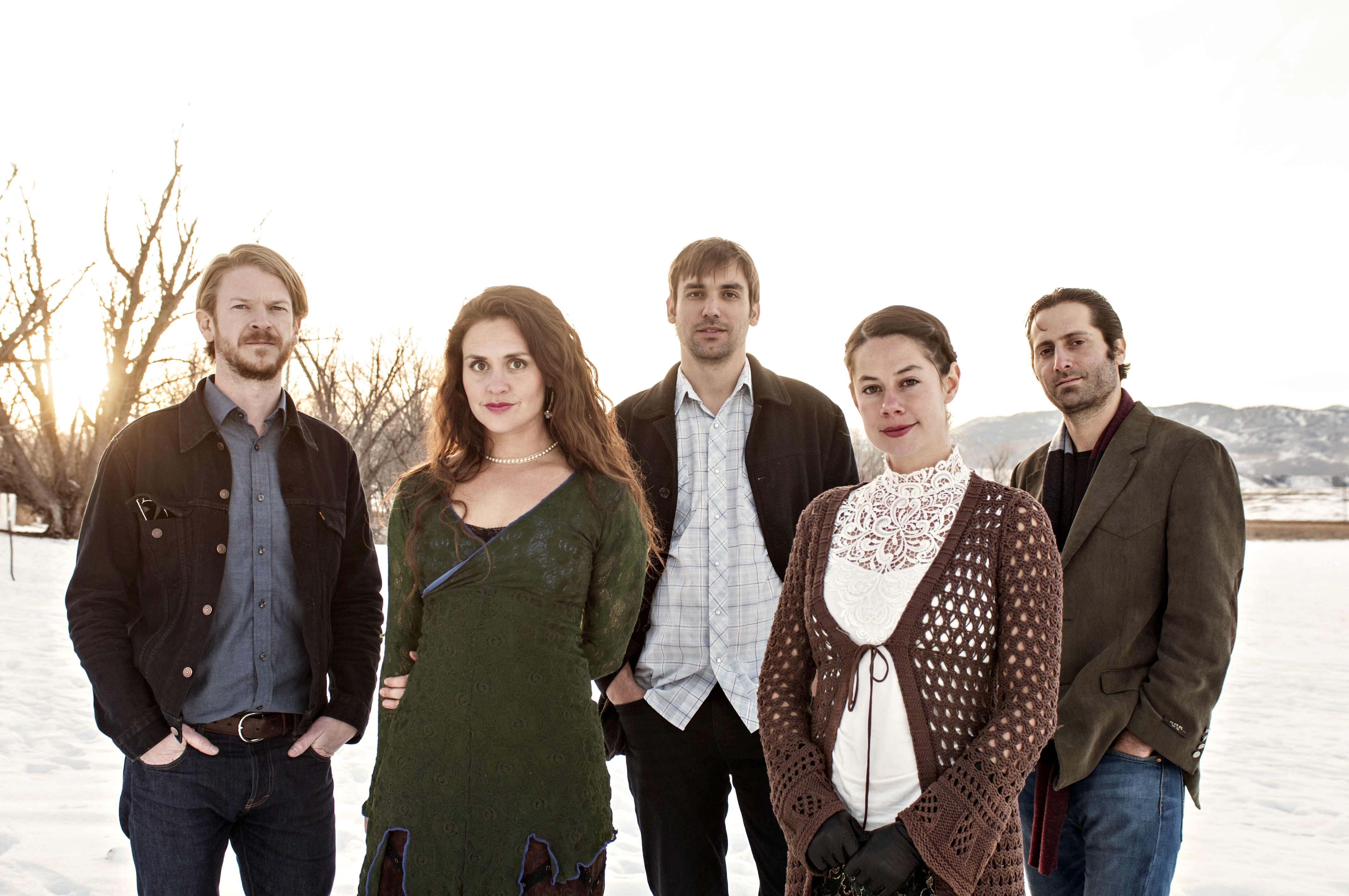 Colorado | View Website
Bonnie Paine was born in Tahlequah, Oklahoma, where she grew up playing music with her sisters. She began on drum kit, then guitar, hand drums, flute, washboard, vocals, cello and musical saw. She is a founding member and songwriter of internationally touring Colorado band Elephant Revival and continues to travel far and wide to learn about music from around the world that inspires her songwriting. Bonnie is joined by fellow Elephant Revival members, Dango Rose and Bridget Law. Dango Rose embraces a passion for music as a vital healing influence and spiritual path. He creates and collaborates to support harmony and truth. Born with a poet's soul and a warrior's heart his life's journey has been one of transformation. For seventeen years, Dango traveled nationally and internationally in touring bands. In 2006, he co-founded Elephant Revival and spent eleven years performing and recording with this influential outfit that pioneered the genre, Transcendental Folk. Bridget Law was born and raised in Colorado. She loves the mountains and the music that hails from them. Playing the fiddle has been her passion since her youth. She is a founding member of the group Elephant Revival which formed in 2006 and has toured extensively throughout the US, Canada and beyond. Original music is her passion and she enjoys supporting creative people as they dive into new realms of music.
Tweet

by Bonnie Paine with members of Elephant Revival
130 Plays
Blurry Face Vs. Dragon by Greyson (Age 10)
100% of $450 goal reached
Donate