The Little Oaks Children's Home was established to provide love, parental guidance, education and a home for orphans of various ages. 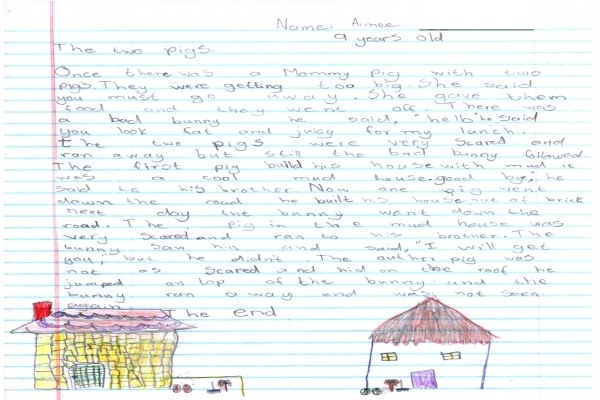 Once upon a time there was a Mommy pig with two pigs. They were getting too big. She said, “You must go away.” She gave them food and they were off. There was a bad bunny. He said, “Hello.” He said, “You look fat and juicy for my lunch.” The two pigs were very scared and ran away but the bad bunny followed. The first pig built his house with mud. It was a cool mud house. “Good pig” he said to his brother. Then one pig went down the road. He built his home out of brick. Next day, the bunny went down the road. The pig in the mud house was very scared and ran to his brother. The bunny saw this and said, “I will get you!” but he didn’t. The other pig was not as scared and hid under the roof. He jumped on top of the bunny and the bunny ran away and was not seen again. The End.

2 Songs for this Story

Join Us to Add a Song!

The Two Pigs, It's time to go

Notes from the Songwriter

Once upon a time there was a momma pig she had two piggies They were getting big so she packed their bag fix em lunch and said you must go away is all she had to say to her piggies that day cause it's time to go Along the way they meet a bad bunny he said hello You piggies look so sweet and fine I want you both to know I'm gona have you for lunch maybe back for brunch the piggies said to each other it's time to go The Piggies ran away but the bad bunny followed The first pig built a house of mud it was a cool mud house The second built a house of brick it was sturdy and stout and they had a place to be, when it was time to go The bunny came back and pig was scare so he ran down to his brother The brother said don't be afraid we'll take care of each other and they did oh yes they did and the bunny soon discovered it was time to go The story goes that the bunny came and they hide under the roof Then they jumped on him and scared him off and that's the piggie truth and as he ran away they hear him say Oh piggies you can stay here for me it's time to go the story of the two pig written by Aimee It's time to go the end

Notes from the Songwriter 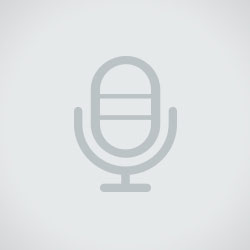 Be sure to contribute to my SMAS Jukebox!